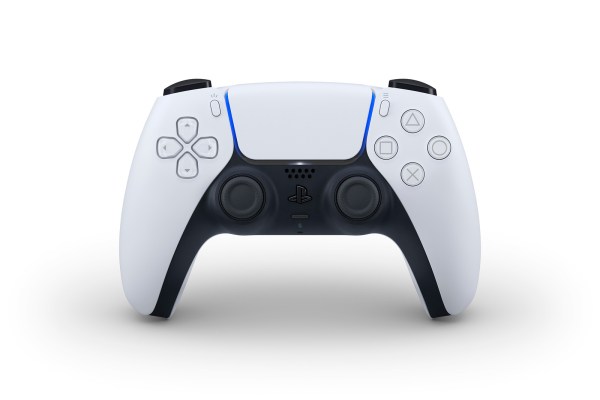 Sony has revealed the design of the PlayStation 5‘s controller – a follow-on to its popular DualShock line that takes on a new name for a new generation: DualSense.

The DualSense controller is kitted out in black and white, and looks like a futuristic, plastic armor-plated robot companion more than a gamepad in some ways. It’s still recognizably a product of the DualShock legacy, however, and has the same familiar button layout as previous PlayStation controllers. The DualSense incorporates haptic feedback, however, for what Sony says will be a heightened sense of immersion in gaming.

Haptic feedback should be an improvement over the relatively general and non-specific rumble vibration of current generation controllers, and Sony has also added more tactile response thanks to new L2 and R2 “adaptive triggers” that provide different kinds of tensions response when performing in-game actions, like “drawing a bow to shoot an arrow,” the company says.

The resulting physical design is a bit chunkier than the DualShock 4, with more room needed inside the case for that adaptive trigger tech. Still, Sony said that it has redesigned the component angles to produce a controller that feels a lot lighter in the hand than it looks.

This controller also does away with the dedicated “Share” button, but replaces it with a “Create” button that sounds like it should offer similar features and much more, though Sony isn’t yet ready to tip its hand as to exactly what that entails and promises more details to follow.

Meanwhile, there’s a new built-in mic array for voice chat without any headset required – though it sounds like this is intended primarily as a ‘you have it in case you need it’ feature than a dedicated input, since Sony is still advocating use of a headset for longer play sessions.

From a pure looks perspective, Sony clearly decided it wanted to go a bit more bold than its standard all-black look for the first version of a new controller it ships with a console. The two-tone, Stormtrooper palette is complemented by a new light bar that lines both sides of the central touchpad.

Personally, I love this look – and the USB-C port that you can spy at the top of the controller for charging. I don’t even know if I’m all that interested in a new generation of console, but the controller alone might convince me to upgrade.

Post Series-B, anti-fraud platform SEON acquires AML startup Complytron for a rumoured €2.5M
Nothing’s second phone will take on the US this year
OnePlus launches Buds Pro 2 with improved sound and noise cancelation at $179
‘Black Panther: Wakanda Forever’ gets its streaming debut on Disney+
Samsung has the MacBook Pro in its sights with the $2,400 Galaxy Book 3 Ultra