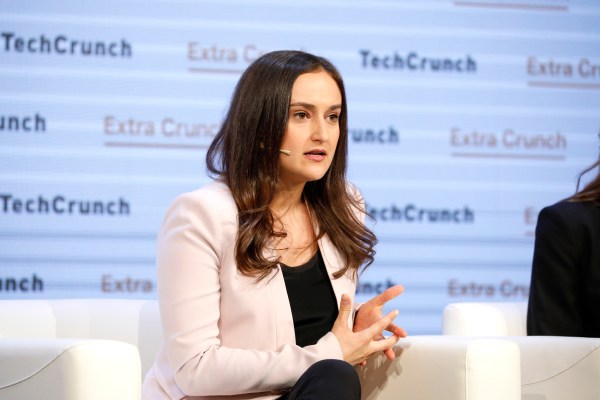 The aerospace market is evolving quickly and merging with other segments of tech, making it an exciting space for both startups and investors — but the complications of the global pandemic are being felt by both.

Bessemer Venture Partners investor Tess Hatch has been helping guide companies in their portfolio through these strange times, and has been rolling with the punches herself.

Hatch recently spoke to us about the investment advice she’s been offering, which companies are being hit hardest and where opportunity still lies in the frontier tech world. (This interview has been lightly edited for length and clarity.)

TechCrunch: To start off with, I’m interested in how the virus is affecting things in the investment world. Have you made any official accommodations, like a change of strategy, or putting off key investments, things like that?

Tess Hatch: Of course, we’re advising startups on things to do, like their employee safety, and implementing working from home, and tools and tips and tricks that can help that. Especially when it comes to hardware companies — it’s kind of hard to work from home when you’re manufacturing.

We’re advising them to really watch their burn, because their top line is not going to hit where they expected it to hit, like a double or triple revenue, it’ll maybe stay the same. If it increases even a little bit, they’re winning. We’re having these individual company-to-company conversations, just advising them on getting through, hopefully just these next couple of quarters, but it could be next year plus.

“We’re advising them to really watch their burn, because their top line is not going to hit where they expected it to. If it increases even a little bit, they’re winning.”

There is the question of deals that we were looking at, at prices when this wasn’t an issue. And we’re looking at those prices now being kind of out of market. But we’re still taking new pitch meetings, new deals, we’re still busy, just doing it in the comfort of our pajamas rather than at the office.

So would you say that it has affected the frequency or the cadence of your investments, on a larger scale?

There’s really been like three partnership meetings since craziness happened. And the number of deals that we’ve talked about in the presentations we’ve had, those have remained the same, but ask that question in three more weeks, and I’m sure it I’ll have a better answer.

One of the funny things we’re talking about is that investors, one of their favorite things is to be able to predict how the future, at least the next year or two, is going to go. But this is one of the greatest times of uncertainty we’ve all lived through. So how are you approaching that when there’s so much that’s uncertain, but there’s so much that you need to know in order to effectively manage your portfolio, give advice and make sound investments?

Right now, it is shaking everything that we’ve believed in so strongly. However, we still are looking out, let’s say two to five-plus years. The real question is if this is going to be, with quarantining and lowering the curve, a little bit more under control by let’s say the summertime, or if this is going to be more than a couple of quarters, say a couple of years.

“It is shaking everything that we’ve believed in so strongly. There are partners at the firm who have been here 20-plus years and this is new for them.”

So the only thing we really can do if we can’t look out that much further, we can advise our companies perhaps to raise a bit of extra capital now while the water is shut off, but there’s still a little bit trickling from the showerhead… To be able to last, hopefully, just a couple of quarters but perhaps even a couple of years. I have not seen anything like this in my small career, but there are partners at the firm who have been here 20-plus years and this is new for them as well. It’s like you said, the uncertainty of just not knowing how long or how drastically this is affecting everything.

Netflix teams up with Bumble so users can bond over popular TV shows
This startup hopes to take on Canva, raising an $11.6M Series A for its design platform
Apple MacBook Pro 14-inch M2 Max review
Peacock tops 20M subscribers in Q4 as losses widen
HBO’s ‘The Last of Us’ gets a second season following successful debut