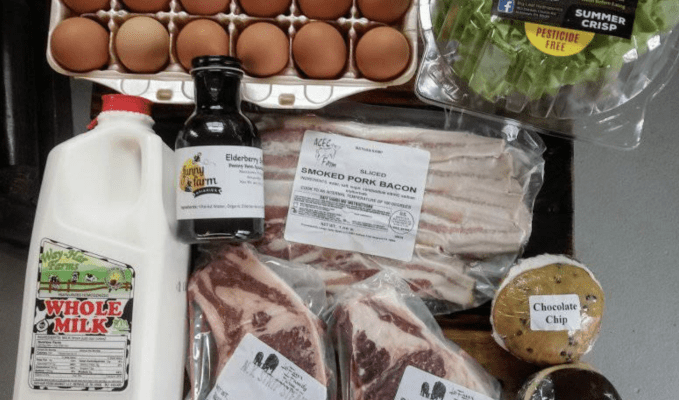 Though the effects of the coronavirus pandemic on restaurants has been crystal clear, many forget the impact this disease has had on food chain suppliers. With restaurants closed, these suppliers — who still have access to tons upon tons of food — no longer have customers.

Meanwhile, end consumers are dealing with their own stresses around securing food, deciding between venturing out to the grocery store and ordering food through increasingly unreliable grocery delivery services.

That’s where Pepper comes in.

Pepper launched late last year with an enterprise product focused on connecting restaurants with their suppliers. Most restaurants have 6+ different suppliers, and manually placed orders with each of them individually each night either by email, voicemail or text message. Oftentimes, there was no confirmation that the order was received, with employees receiving orders and hoping that everything arrived on time as it was requested.

To digitize the industry, Pepper developed an app that let restaurants input the contact information of suppliers and place orders quickly, and then let those suppliers press a single button to confirm the order was received and in progress.

In the six months since launch, things have changed dramatically for the startup, which has led cofounder and CEO Bowie Cheung to rethink the business.

Alongside facilitating orders between restaurants and suppliers, Pepper has now opened up a consumer-facing portal called Pepper Pantry, allowing everyday users to place an order directly with a food supplier.

Folks pay a flat $5 payments processing fee on the platform, and can choose from fresh meats, produce, dairy and other categories to have food delivered directly to their home.

Of course, this involved considerable adaptation on the part of Pepper and their suppliers, who are used to shipping pallets of food rather than bags or boxes. However, it has created some jobs on the supplier side as folks repackage food to amounts that are suitable for families or individuals, rather than businesses.

Cheung says the portions are still ‘bulk’ but more on par with a Sam’s Club or Costco purchase than the types of orders restaurants were placing.

Suppliers are able to choose their minimum order amount, which can range between $0 and $150. Thus far, eight suppliers have signed on to the Pepper Pantry platform, serving the greater NYC area (NYC, NJ, CT) and the greater Boston area.

Pepper declined to disclose its total funding amount, but did share that it has received investment from Greylock’s Mike Duboe and Box Group.

Danish startup Kanpla wants to help canteens cut food waste
HBO’s ‘The Last of Us’ gets a second season following successful debut
Qiara is a new home security service for the French market
Google created an AI that can generate music from text descriptions, but won’t release it
Netflix teams up with Bumble so users can bond over popular TV shows