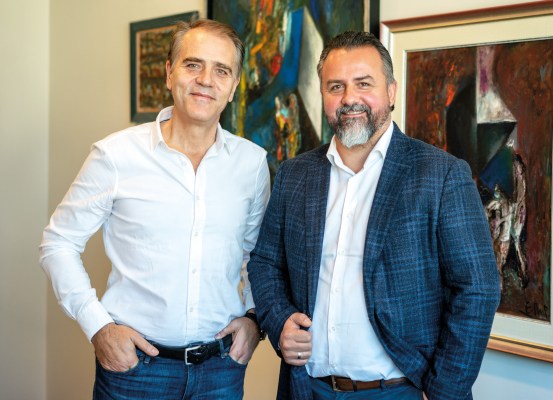 Phos, the U.K. fintech that offers a software-only PoS so that merchants can accept payments directly on their phones without the need for additional hardware, has raised €1.3 million in funding. The round was led by New Vision 3, an early-stage VC based in Bulgaria (where a part of the Phos team is based), with participation from a number of unnamed angel investors.

It brings the total raised by Phos to date to €2.5 million, and will be used to grow the development team. This will see new features introduced, such as ‘PIN on Phone’, a Software Development Kit (SDK), and a new integrated loyalty system.

Founded in 2018, Phos has developed software that turns any NFC-equipped Android device into a payments terminal, negating the need for additional hardware and reducing total cost of ownership. The startup says its solution is quick to deploy, and is “uniquely” phone and bank agnostic i.e. any bank can act as the acquirer.

“Millions of traders and merchants do not accept card payments because they find the current hardware inconvenient or expensive,” Phos co-founder Ivo Gueorguiev tells TechCrunch. “Most of the merchants who accept card payments find the cost of ownership of the hardware high, [while the] current POS hardware offers no additional value, with the exception of very expensive smart terminals like Clover”.

To remedy this, Gueorguiev says Phos’ technology accepts contactless card payments directly on Android phones and other Android devices without the need for additional hardware, as well as helping merchants make better use of data.

“We offer merchants an alternative to old and expensive technology, namely [by using] devices they already own – their phones,” he explains. “We also offer merchants the ability to use their transaction data for other business applications. This includes e-commerce tools, marketing automation, loyalty, payroll, and more.

In terms of go-to-market, Phos is focused on a B2B model, seeing the fintech work with partners to distribute the product, such as banks, acquirers, PSPs/ISOs, large direct merchants, and platform players.

“The final user of the product will be mostly merchants at the long tail of the business, who are notoriously difficult to reach in a cost effective way,” adds Gueorguiev.

He cites use cases as small merchants and market traders, where traditional POS solutions are not appropriate due to costs and maintenance issues; direct sales and multilevel marketing; couriers and delivery services (“in certain markets ‘pay on delivery’ is still a predominant payment method with over 90% in cash,” says Gueorguiev); tradespeople; taxi drivers; insurance field sales; and even large retailers that can empower sales people to close sales in the aisles and reduce queues.

Adds Konstantin Petrov, Partner at NV3: “We are very happy to lead the investment round in phos and truly believe in the high potential of the company. The all important prerequisites for success are there: a strong and visionary team with years of experience in the field, a huge under-served market of small merchants who do not accept payments other than cash and an innovative technology providing first-mover advantage. In addition, fintech is considered a strategic vertical in the investment strategy of NV3 Fund, so phos is clearly a perfect add to our portfolio.”