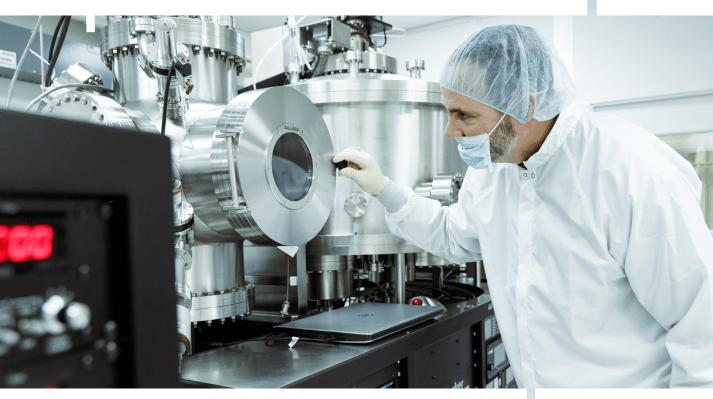 Seeqc, a startup that is part of a relatively new class of quantum computing companies that is looking at how to best use classical computing to manage quantum processors, today announced that it has raised $5 million from M Ventures, the strategic corporate venture capital arm of Merck, the German pharmaceutical giant. Merck will be a strategic partner for Seeqc and will help it to develop its R&D efforts to develop useful application-specific quantum computers.

With this, New York state-based Seeqc has now raised a total of $11 million, including a recent $6.8 million seed round that included BlueYard Capital, Cambium, NewLab and the Partnership Fund for New York City.

Since developing new pharmaceuticals is an obvious use case for quantum computing, it makes sense that large pharmaceutical companies are trying to get ahead of their competitors by making strategic investments in companies like Seeqc.

The company is a spin-out of Hypres, a company that specializes in building superconductor-integrated circuits. Hypres itself had raised about $100 million in total and notes that much of the work it did on building its solutions are now part of Seeqc.

As a company spokesperson told me, the idea behind Seeqc is to bring today’s room-sized quantum computers down to a more manageable scale. It’s doing so by combining its (and Hypres’) expertise in building superconductors with a hybrid approach to combine analog and digital. This includes digital qubit control and readout, together with the company’s own proprietary chip technology that integrates classical and quantum circuits into a hybrid system (and by default, quantum computers are hybrid systems that need a classical computer to control them).

The company argues that co-locating the classical compute with the quantum processor is critical to achieving the best performance. And since it owns and operates its own fab to build these chips, Seeqc also believes that it is one of the few companies that has the right infrastructure and expertise in place to design, test and build these superconductors.

“The ‘brute force’ or labware approach to quantum computing contemplates building machines with thousands or even millions of qubits requiring multiple analog cables and, in some cases, complex CMOS readout/control for each qubit, but that doesn’t scale effectively as the industry strives to deliver business-applicable solutions,” said John Levy, co-chief executive officer at Seeqc. “With Seeqc’s hybrid approach, we utilize the power of quantum computers in a digital system-on-a-chip environment, offering greater control, cost reduction and with a massive reduction in energy, introducing a more viable path to commercial scalability.”

The company believes that its approach can cut the cost of today’s large-scale quantum computers to 1/400th. All of this, of course, is still a while out and, for now, the company will use the new funding to build a small-scale version of its system.

“We’re excited to be working with a world-leading team and fab on one of the most pressing issues in modern quantum computing,” says Owen Lozman, vice president at M Ventures . “We recognize that scaling the current generations of superconducting quantum computers beyond the noisy intermediate-scale quantum era will require fundamental changes in qubit control and wiring. Building on deep expertise in single flux quantum technologies, Seeqc has a clear, and importantly cost-efficient, pathway towards addressing existing challenges and disrupting analog, microwave-controlled architectures.”

Seeqc is, of course, not the only startup working on more efficient quantum control schemes. Quantum Machines, for example, also recently raised quite a bit of venture capital for its hardware/software quantum orchestration platform that also includes a custom processor, though that company’s overall approach is quite different from Seeqc’s.

Valiant Hearts mobile game sequel is set to launch on Netflix Games on Jan 31
Google created an AI that can generate music from text descriptions, but won’t release it
Peacock tops 20M subscribers in Q4 as losses widen
BMW iVentures continues its love affair with EVs, backing this Bulgarian startup’s $13M A-round
Welcome to the Jungle grabs $54M for its slick job platform